Can caffeine improve your performance? 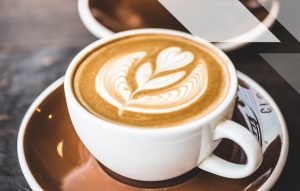 You only have to view the pile of bikes outside a cafe on a Saturday morning to realize that many cyclists value their caffeine fix.

It’s not just the athletes. New Zealand was ranked 13th highest coffee consumer in the world, ahead of the USA and Australia in a Canstar Blue survey in 2017 that found we drink on average 2.5 cups of coffee each day.1

So apart from the obvious pleasure derived from partaking of a great cup coffee can the caffeine content alter our performance in any way?

Caffeine is a naturally occurring stimulant from the methylxanthine family that occurs naturally in the leaves, nuts and seeds of a number of plants.

As well as our coffee culture many athletes are consuming caffeine regularly each day in other forms such as tea, hot chocolates, cola and energy drinks as well as pre-trainer supplements or caffeinated sports products. See Table 1

Effect of caffeine on performance

Originally it was thought that caffeine aided performance by increasing fat utilization during exercise and ‘sparing glycogen’ (carbohydrate stores) but that caffeine also acted as a diuretic raising the risk of dehydration.2

So where is the caffeine research heading now?

Any performance benefit appears to be its influence on the central nervous system. By acting as an adenosine receptor antagonist caffeine increases the release of the ‘feel good’ endorphin hormone reducing the perception of effort and fatigue. Caffeine also improves neuromuscular function; heightening alertness and improving endurance. 3

Which sport benefits the most from caffeine use?

Research has found that there is a wide range of people engaged in sporting activities that may benefit from caffeine supplementation such as:

How much caffeine is recommended and when?

One of the difficulties in using caffeine as an ergogenic aid to enhance performance is that individual response varies greatly depending on:

Affecting the speed of metabolisation e.g; threshold to pain; prior experience; amount of sleep and recovery; level of training etc 4

Research using a placebo have been known to improve performance if an athlete believes caffeine has been consumed.

The caffeine affect will be altered depending on the type of caffeine delivery e.g mouth rinses and caffeine strips which are absorbed through the oral mucosa verses the drinks, tablets and gels which mostly rely on gastrointestinal factors and previous dietary intake.5

Ideally athletes should work with an Accredited Sports Dietitian to determine the best dose and timing strategy for its use e.g. before or during competition especially if involved in events that exceed 90 minutes in duration.

It is also important to practice this strategy well ahead of any important event and to have planned breaks from caffeine dosing before any major competition.

High levels of caffeine intake can cause decline in performance through:

In excess caffeine can cause increased heart rate, dizziness, impairment or altered fine motor control and technique (causing tremors) and may interfere with recovery (following training and competition). 6

Anxiety and over-arousal can upset concentration and precision. Caffeine may also cause headache, nausea, reflux and gastrointestinal upset and for those who are gut sensitive it can have a laxative effect. 7

Very recent research, involving a group of African-Americans that challenged the theory drinking caffeine 4 hours before bedtime could cause sleep disturbance, has attracted wide media attention. In this study, when compared with alcohol and nicotine, caffeine appeared to have the least effect on sleep.8

However before we all start having coffee as a night-cap note that the researchers warn that “caffeine dosing, and individual variations in caffeine sensitivity and tolerance, were not able to be measured in their study and can play an important role in the association between caffeine use and sleep.”

Research has yet to establish a safe level for caffeine and it is not recommended for use in the following circumstances:

As children metabolize caffeine differently from adults it is easier for them to overdose and reach toxic levels more quickly. 9

Pregnant women or men and women trying to conceive should reduce their caffeine intake to <300mg/day to reduce the risk of miscarriage and fertility issues.

Individuals with inadequate calcium intakes and moderate >400mgs/day doses of caffeine may be at risk of impaired bone health as caffeine increases calcium excretion.

It is recommended that for general adult consumption a caffeine intake of 400mg per day is not associated with any adverse effects. This is equivalent to approximately 4-5 cups of instant coffee or 12 cups of black tea.

The NCAA in the USA is the only group that prohibits caffeine in amounts equal to or exceeding 500mg 2-3 hours prior to an event and consuming caffeine in a dose equal to or greater than that amount can result in a positive drug test.10

Concern has also been expressed that some energy drinks, pills and sports performance enhancers may contain unlabeled or unclear amounts of banned substances e.g.Synephrine which when added to unknown amounts of caffeine can cause serious harm 11

Caffeine is an addictive substance when consumed regularly in amounts as low as 100mg/day (i.e a standard cup of brewed coffee). If you are wanting to reduce your caffeine intake and minimize withdrawal symptoms (e.g. headache, anxiety, fatigue etc) slowly reduce caffeine consumption over several days.

While taking caffeine may give us the perception of increased energy, caffeine can not replace the actual energy from foods. Successful performance comes from ensuring that nutritional plans for exercise meet energy and nutrient needs first.