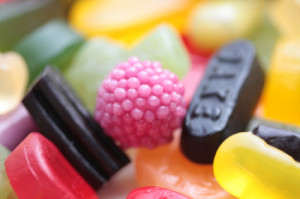 Since the late 1960s heart disease rates have been falling in New Zealand. The same cannot be said for the rates of obesity and diabetes which are now heading towards epidemic levels.

After years of encouraging a low-fat diet with some success (a decline in heart disease and some forms of cancer) attention is now focusing on sugar as a possible reason for our weight and diabetic problems.

There are many forms of sugars in the diet which as carbohydrates provide us with energy.

Sugars can also be categorised as intrinsic or extrinsic. Intrinsic sugars are incorporated within the intact cell wall, such as in unprocessed fruits and vegetables. These along with milk sugars are regarded as ‘healthy sugars’ because their absorption tends to be slower and they accompany other essential nutrients. Extrinsic sugars such as refined sucrose, honey and fruit juices along with ‘added sugars’ are regarded as less desirable.

Do we need these sugars?

In moderate amounts sugars do have a place in our diet:

What are the negative effects of sugar on our health?

Research has shown that any food or drink that contains fermentable carbohydrates (sugar and starches) can be used by plaque bacteria to produce acid that can dissolve or de-mineralize tooth enamel. This process can leave the softer, underlying tooth material (dentine) vulnerable to abrasion and breakdown.

In addition to the formation of dental caries, research has found that gum disease increases an individual’s risk of developing diabetes, respiratory disease and heart disease and can lead to premature and low birth weight infants.

The 2009 The New Zealand Ministry of Health Survey of Oral Health has found that while dental health has improved over the last 20 years it was still consuming up to 6-10% of our healthcare budget. An increase in tooth erosion is being linked to an increase in the consumption of dietary acidic intake through soft drinks, fruit juices, high energy “new age” and sports drinks. The report noted that per capita New Zealander’s annual consumption of sugar is higher than Australia, UK and USA. For more information read Lea’s article “What are our children drinking” and “ Athletes protect your winning smile “

The 97% fat-free message on food labels since the 1990’s has reduced fat intake however this has resulted in an increased use of sugar by the food industry in an attempt to balance the flavour of products. People may reason that if a product is lower in fat or energy they can eat more of it. Portion consumption has increased and is now contributing to our higher obesity and diabetes ratings.

When sugar is eaten it is broken down into glucose and fructose.

Glucose  is metabolised by insulin to release energy. Around 80% of this energy is used instantly while the remaining 20% is processed by the liver and stored as glycogen in the liver and muscles. A very small amount is converted into fat.

Fructose behaves differently. It is absorbed by the small bowel, broken down in the liver and converted into fat and uric acid. (An excess of uric acid causes gout). Fructose increases the level of LDL (bad) cholesterol in the blood increasing the risk of heart disease.

Removing fibre also increases the risk of obesity because it concentrates the energy. A simple example is fruit juice. One orange contains 51kcals/215kJ however if taken as a glass of juice more is consumed (116kcal/487 kJ).

Removing fibre can also alter the satiety value of food (i.e. the fullness factor of food). White pasta has a Satiety index (SI) value of 119% while brown pasta is 188%. Crisps have a SI of 91% and potatoes 323%.

Researchers in USA are currently examining the link between obesity and type 2 Diabetes and declining brain function. Their studies have found an association between these diseases and lower cognitive performance, cognitive decline and dementia. They warn that as obesity and metabolic syndrome affects a growing number of children high intakes of fructose may lead to poorer academic performance and impaired cognitive function as adults.

New research at Adelaide University has found that our taste buds are not the only regulator of sweetness. It appears that in the intestine there are sweet taste receptors. In healthy people these sweet taste receptors regulate glucose uptake within 30 minutes however people with type 2 Diabetes react differently. For them the glucose is absorbed more quickly and in greater amounts. Research is now focusing on whether these reactions using natural forms of glucose are the same using artificial sweeteners

For many years it was thought that artificial sweeteners could be used in place of sugar quite satisfactorily but new research is questioning this.

Researchers from Frances National Institute of Health and Research has found that drinking artificially sweetened carbonated drinks can raise a person’s risk of developing diabetes by almost 60%. They followed a group of 66,000 women for 14years. They found that women who drink diet drinks tend to drink more each week than those who drink the sugary options- 2.8 glasses compared with 1.6 glasses a week.

Professor Paul Zimmett who undertook the studies believes that “artificial sweeteners can trick the brain into eating more food. It is possible that with excessive intake of artificial sweeteners the brain is expecting a calorie burst and it doesn’t get it. So people tend to eat other sweet things (to compensate) and become overweight as a result. Being overweight increases the risk of type 2 diabetes .

How much sugar should we be eating?

The Ministry of Health recommends that we consume between 45-65% of our daily energy from carbohydrate (starches and sugars) but that for good health we should limit the intake of free sugars  to less than 10% of total energy intake.

Free sugars being defined as mono and disaccharides that are added to food by manufacturers, cooks and consumers plus sugars naturally present in foods such as honey, syrups and fruit juices.

Most of our carbohydrate should therefore come from whole grain breads and cereals, fruits (2-3 pieces/day) vegetables and legumes.

For parents who are used to offering some of these foods to their children it may be helpful to consider the following alternatives:

Parents of children who are obese should note that some foods, considered to be healthy, such as muesli bars, muesli and nuts can be very high in energy and irrespective of their sugar content should be limited until a healthier weight is achieved.

Young R. Gut’s taste receptor may be faulty in Diabetics. International Journal of Diabetes. Published online ahead of print 8/23/2013

Chisholm D Sweet Misery Is sugar the new fat- and will it cause the next wave of heart disease? North and South Nov. 2012  34-41.