Could the French Diet reduce obesity in New Zealand? 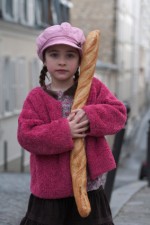 The French diet is relatively high in saturated fat. In 2002 the average French person consumed 108g per day of fat from animal sources (butter, cheese, meat) compared to 80g in New Zealand. 1

Despite this the French have a relatively low incidence of obesity (11% compared to 28% in NZ in 2012). The incidence of coronary heart disease (Ischaemic heart disease and incidence of stroke) in New Zealand is nearly double and diabetes one and a half times the rate of that in France (2).

This apparent anomaly between a high fat French diet and reduced incidence of heart disease has been referred to as The French Paradox since 1990. (1)

While there are dangers trying to extrapolate data from one country to another in order to find a causal effect on  health risk, the diet between the two countries is quite different and worthy of note.***

Main features of the French Diet

The type of fat preferred

While low-fat dairy products are available in French supermarkets the French prefer full fat versions of cheese, cream, milk and yoghurt. However by definition a low-fat cheese needs to be under 24% fat and the national cheese in France, Camembert contains 21% fat.

The French prefer to eat natural sources of saturated fat as opposed to processed or hydrogenated fats that may contain higher quantities of trans fats. Although butter may be used in cooking it is not routinely served with bread at the table as is the custom in New Zealand.

Most supermarkets in France package fresh foods each day such as fruit and vegetable salads; cheeses; cold cuts of meat and salmon ready to be taken away if a quick meal is needed.

Bearing in mind the populations of the two countries (63.7 million in France and 4.4million in NZ) the fast food chains are having less of an effect on the French diet than is the case in New Zealand.

Generally the French prefer to eat three main meals a day and snack on fruit rather than  snacking on muffins, biscuits, crisps or processed bars as is the custom in New Zealand. While the French do enjoy their pastries these tend to be eaten for breakfast or as a dessert at their main meal.

Many processed foods that claim to be “low-fat” or “no fat” have had sugar added to improve their flavour. Unfortunately this not only increases the foods energy levels but also raises the risk, for those who eat these foods, of increased weight, diabetes and dental caries. As the French prefer to eat full fat, unprocessed foods they are also by passing “added sugars”.

In 2010 New Zealanders consumed 84.2L of carbonated drinks compared to Frances 37.2L. Instead the French tend to drink water, soup and herbal teas.1

The French tend to eat smaller portions of foods than New Zealanders. They also eat more slowly and tend to divide their intake across 2-3 small courses.

Super sizing of takeaway meals or hot chip snacks has not become a health issue in France yet.

Wholegrain cereals and baguette are becoming increasingly available in France and along with fresh fruit, vegetables, beans, nuts and seeds these foods appear to be raising the fibre content of the French diet which has been lower in the past.

The French (particularly those in provincial areas) like to take a 2 hour lunch break. Schools are open from 8am until 4pm (with half a day on Saturday and no school on Wednesday or Sunday). This longer lunch break enables a more leisurely lunch break, than the one hour allotted to most New Zealanders. It also allows some French families to take their main meal in the middle of the day if so desired.

In 2009  the French (15years and over) consumed 12.3L pure alcohol per person compared to 9.5L for the same period in New Zealand. Since 1980 consumption has fallen in both countries (down 37% in France and 21% in New Zealand) as a result of curbs on advertising, taxation and sales restrictions.1

The style of drinking by young people between the two countries appears to be markedly different. The French drinking wine with their family meals, compared to New Zealanders who tend to binge drink beer, spirits and RTD’s with their friends. (1)

Governments in the OECD area (including France and NZ) are prioritising initiatives aimed at school –aged children, such as changes in school meals and vending machines, better facilities for physical activity and health education. Many are promoting nutrition guidelines for healthy eating and promoting “active transport”-cycling and walking and active leisure activities.1

In January 2012 France introduced a tax on soft drinks. Those with added sugars as well as drinks with artificial sweeteners. It is set at around Eur 0.072 per litre for both drink categories. It is payable by manufacturers established in France and importers. The tax is expected to generate revenues in the region of EUR 280 million per year. This revenue will contribute to financing France’s health and social security expenditures.1

If you would like to discuss your family’s eating style or nutritional intake then contact us today.

Other facts about France discovered while researching this topic:

*** Authors note: If can be difficult when trying to extrapolate dietary information from one country to another because the periods of nutrition surveys may not always overlap and also the methodology used can differ from one country to another. Also, as in the case of obesity, social factors within countries such as housing, unemployment and economic issues also have an effect on outcomes.