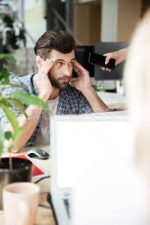 We all want to be sharp mentally and for our children to be alert and responsive, to do well at school and go on to build happy, successful and independent lives.

But there can be times for all of us, irrespective of age, when our memory deserts us, we may struggle to concentrate, learn or make simple decisions. Maybe we are just too busy, not sleeping well or preoccupied with too much going on at the time.

As we saw in Brain food Part 1: Are you suffering from Baby brain? 4 out of 5 women report failing memory during pregnancy1,2. Some of these cognitive changes may be hormonally or physically driven as is also reported in diabetes, cardiovascular disease and obesity.3.4,5

Over the past decade research has been focusing on the role of diet and exercise on protecting brain health and cognitive function. As these are factors that may be within our control it is well worth investigating further.

In this article we look at some of the nutrients that the brain requires to function well and some key dietary behaviours associated with academic achievement. Starting first with the diet of school children and building on an excellent review into this subject earlier this year by Dietitian Kirsty Fairbairn (Otago daily times).6

The importance of lifestyle on cognition

Australian research carried out in 2017 looked at the dietary behaviours of 2000 school children aged 8-15 to see if this had any effect on their academic achievement.7

The researchers looked at fruit and vegetable intake, the consumption of sugar sweetened beverages, breakfast and takeaway foods and compared these dietary habits with the NAPLAN tests used in Australia to measure reading, writing, grammar and punctuation, spelling and numeracy.

The study found that the more often vegetables were eaten at night for dinner, the greater was there an association with significantly higher spelling and writing scores. Eating breakfast and fruit was also associated with better writing scores.

Conversely a higher consumption of sugar sweetened beverages was associated with significantly lower scores in reading,writing, grammar and punctuation and numeracy.

Whatever our age good nutrition is essential for a healthy body and mind.

Our brain prefers to be fuelled by glucose which is provided by carbohydrate foods. Fruits, vegetables, whole grain breads and cereals contain more dietary fibre and so release glucose more slowly into the blood stream than highly processed carbohydrate containing foods such as white bread, cakes, biscuits, sugary drinks and confectionery.

Although our brain represents three percent of our body’s weight it uses 20 percent of all its energy. How is this energy managed? 8

Basically there exists a feedback loop between these two systems of the brain and gut which is known as the gut:brain axis.(GBA) The role of the GBA is to monitor gut functions as well as to link the emotional and cognitive centres of the brain with the intestinal functions.10

The Australian research then makes good sense. Fruit and vegetables not only supply glucose for energy but also antioxidants like Vitamin C, A, D and E12 and Polyphenols.13 These nutrients protect the neurons from degradation, reduce inflammation and the risk of developing dementia.

The amino acid tryptophan found in e.g. eggs, salmon, spinach, seeds and soy, helps the body to produce serotonin which regulates appetite, sleep, memory and learning. Low levels of serotonin are associated with depression and aggression. 14

Many protein rich foods such as meat, fish, eggs, soy, beans, tofu are also important sources of iron which carry oxygen around the blood stream to our body cells. Iron deficiency (ID) (with or without anaemia) can affect cognition and motor skills. The severity of symptoms depending on the age of the individual and their stage of physical development at the time. 15

In children under 2 years ID can delay the development of language, motor skills and perception of sound. While in school aged children it can affect visual attention, concept acquisition and fine hand movements. In adolescence ID can relate to poor memory, fatigue, failing physical and cognitive performance and impaired immunity. Iron supplementation is not always the answer and treatment needs to be managed on an individual basis.

Having breakfast before school and work has been found to aid memory and attention, to improve numeracy skills and promote engagement in learning behaviour.16 Breakfast also offers the opportunity to provide a wide range of nutrients.

For instance whole grain breads and cereals are a good source of folate, Vitamins B1 (thiamine) and B6 (pyridoxine) important for glucose metabolism, nerve myelination and repair. Vitamin B12 (cobalamin),17,18protein, iron and zinc are found in milk, yoghurt, beans and eggs which can aid word recall and higher verbal fluency as well as growth and development.

Along with improved cognitive function breakfast eaters are likely to be more active, with better weight control, cardiovascular and respiratory fitness than breakfast skippers.

Takeaways and some snacks such as crisps, cakes and biscuits can be high in saturated fat, sugar and calories. These foods along with sugar sweetened beverages such as fruit juice, cordials and soft drinks should be occasional foods rather than everyday foods.

According to Statistics NZ in 2017 there was more growth in the amount of the weekly food budget spent on restaurant and ready-made meals, takeaways, hot drinks and pizza than on grocery items in 2014.19

This trend is concerning for the health of New Zealander’s as foods high in fat and sugar increase oxidative stress and inflammation in the brain and are also more likely to increase our risk of obesity, type 2 diabetes, cardiovascular disease, hypertension, stroke and Alzheimer’s disease.20,21

Healthier fats for people of all ages include omega -3 fatty acids found in fish and seafood, whole grain breads and cereals, polyunsaturated margarines and vegetable oils, nuts and seeds. Omega-3 fatty acids are not synthesised by the body so need to be supplied by the diet each day. These help to protect and build the brain and assist communication by enabling the transfer of nervous impulses from one brain cell to another.

Water accounts for 50-60% of our body weight and even just a 1-2% rate of dehydration can impair our concentration and alertness. (This would be equivalent to a 68 kg person losing around 0.7-1.5Kg). Studies have found that dehydrated subjects report a loss of tracking performance, poor concentration, increased reaction times, short-term memory problems, moodiness and anxiety. 22

Obviously the key message here is to drink plenty of water and adults need around 2-3 litres per day depending on their age, activity and the climatic conditions at the time. However one note of caution. Do monitor your fluid intake during the day as it is important to not ‘over drink’.

When fluid intake exceeds body losses sodium, and other key electrolytes, plus vitamins and minerals, can be leached from the body resulting in a condition know as hyponatreamia. Symptoms of this may include headache, feelings of fatigue, attention deficit and disorientation.23 So go easy.

Initially alcohol can boost confidence and lower inhibitions. However tolerance to alcohol depends on our age, body weight and gender. Even just one unit of alcohol can result in impaired thought processes, judgement and concentration for up to 48 hours after ingestion. Over time drinking alcohol can lead to changes in mental health with an increase in depression, anxiety, failing physical health and cognition. 24,25

Research has found that, across our lifespan, sufficient quality and quantity of sleep is required for cognitive functions including executive attention and working memory i.e. our ability to think, perceive, remember, imagine and plan ahead each day. 26

Despite debate it is generally agreed that people at the extremes of sleep distribution short (<5hrs) and long (>9hrs) are subject to cognitive deficits and accelerated cognitive ageing. As sleep plays an important part in brain maturation and consolidation of memory it is important that children have enough each day.

Preschoolers and primary school children need at least 12 hours each day, older children around 9 hours. Parents need to be mindful of the effects that screen time i.e. mobile phones, TV, computer and video games can have on reducing sleep and family mental health.

Shift workers who experience shorted sleep patterns can experience cognitive decline and loss of concentration which can compromise their health and safety at work.

During pregnancy, post partum and menopause women are vulnerable to sleep disturbance which can affect cognition, especially memory.

Cognitive ageing is experienced differently by all of us. Some neural decline begins during midlife. Sleep problems are a common occurence in those with mild cognitive impairment and dementia.

As sleep deprivation increases the hormones associated with greater appetite and stress, it is not surprising to also find that it is associated with weight gain, type 2 diabetes and failing cardiovascular health.

Physical activity is now considered important for brain development and thinking ability. Physically fit children have a larger hippocampus (an area of the brain important for learning and memory) than less fit children.

Exercise has been found to also increase the production of brain derived neurotrophic factor BDNF. This is a protein in neurons responsible for their survival, growth, maintainance and maturation in skeletal muscle. In this way exercising (both aerobic and resistance exercise) regularly helps us protect our neurons from degradation as we age.

As proof that it is never to late to make changes resistance exercise can increase cognitive performance in the elderly. Also BDNF levels can be increased in insulin-resistant overweight and obese individuals after a reduced energy diet. 27

Care does need to be taken when interpreting these studies to avoid the misconception that a low-calorie diet is sufficient to promote health. As we have seen it is the balance of nutrients that is the vital ingredient if we are to achieve healthier body weights and better cognitive function.

Interestingly there is a cascade of physical and cognitive changes when significant weight is lost through Bariatric Surgery. Patients experiencing reduced insulin resistance, improved cardiovascular function and changes in the circulating hormones leptin and ghrelin that govern appetite. Not surprisingly these changes are also accompanied by improvements in working memory, psychomotor speed and cognitive flexibility. 28

Before you discount diet and exercise in favour of surgery for better cognitive function and health do contact us for a nutritional assessment of the key issues we have covered.

Also note that loss of memory can be associated with head injury, concussion, early signs of Alzheimer’s disease; Diabetes and Cardiovascular disease etc so if symptoms persist then it is important to discuss this with your doctor.

Other articles of Lea’s on similar topics:

Iron makes us happy are you getting enough?
Alcohol and sport
Sleep deprivation affects nutritional well-being
8 tips to help you break the sugar habit

Get into fruit and vegetables for optimal health