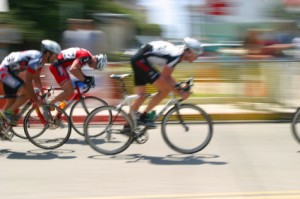 Fat carries more energy than other macro nutrients (9kcals/37kJ/g compared to 7kcal/29kJ/g for alcohol and 4kcal/17kJ/g for protein and carbohydrate respectively. So with so much energy to offer does eating more improve performance?

The role of fat

Fat does get such “bad press” these days that it is easy to overlook the benefits of dietary fat to body maintenance.

Hormonally it acts as a regulator of body functions

A transporter fat carries fat soluble vitamins A, D, D and K around the body aiding their absorption

A flavour enhancer fat adds a smooth, moist texture to the foods we eat.

Satiety (the feeling of fullness) is achieved by eating fat because it slows down our rate of digestion.

How much do we need?

It is recommended that fat should contribute between 20-35% of our energy each day depending on our age and activity level and this would equate to around 45-80g of fat each day.

Can our body adapt to eating more fat?

Some people customarily live with much higher fat intakes than normally recommended.

Take the diet of the Inuit who live in Arctic region’s of Greenland, Canada, USA and Russia. Their diets have had to adapt to the food available. The Inuit people live on a very low carbohydrate diet of mainly grasses, tubers, and seaweed. Fat contributes 50-75% of their energy (Protein 35-40%).

In the absence of carbohydrate protein is broken down in the liver through glyconeogenesis which results in these people developing enlarged livers, higher urea production and higher urine outputs than normal.

A diet rich in seal brain; beluga whale skin ,walrus ,birds, eggs, caribou liver and blood eaten raw ensures a good intake of most nutrients. Interestingly the majority of this fat is monounsaturated and very high in omega 3 fatty acids.

Studies by Burke of athletes undergoing trials of high fat/ low carbohydrate dietary regimes have found that 5 days on a high fat diet resulted in resting muscle glycogen (stored glucose)levels dropping dramatically from 451 to 255mmol/kg dry weight (dw). However with only one day of carbohydrate re-feeding these glycogen levels were quickly restored to 554mmol/kg dw. (On a high carbohydrate diet the recovery rate was 608mmol/kgdw).

Burke reported that after 2 hours of cycling at 70% of VO2max, muscle glycogen utilisation was less after fat adaption (554 to 294 mmol/kg dw) than the high carbohydrate diet (608 to 248mmo/kg dw). This carbohydrate ‘sparing’(100mmol/kg dw) occurred because the rates of fat oxidation were elevated by 50% above the carbohydrate trial. Despite this substantial carbohydrate sparing, the performance of the time trial was similar between the dietary treatments.

While this ‘sparing’ of carbohydrate was less helpful to performance after a period of 2-3hrs the researchers suggested that in ultra-endurance events lasting longer than 5hours, when the need to conserve glucogen becomes more important, then this higher fat regime may prove beneficial

Can a high fat diet have a therapeutic benefit?

The Ketogenic Diet for Epilepsy

This high fat, adequate protein, low carbohydrate diet was developed in the 1920’s  for the treatment of epilepsy in children. It has now been mostly replaced by anti- convulsant drugs.

Using this diet the absence of carbohydrate forces the body to use fat for energy. The liver converts fat into fatty acids and ketone bodies. These ketone bodies replace glucose in the brain as an energy source. As the ketone levels rise Ketosis occurs and the frequency of epileletic seizures is reduced.  Usually the fat used is on a ratio of 4:1 to protein and carbohydrate.

Normally the type of fat used in this diet is long chain triglycerides (such as found in cream and butter) however when shorter medium triglycerides are used (such as coconut oil) it is possible to reduce the calories providing more room in the diet for protein and carbohydrate.

The Zone diet providing 40:30:30  carbohydrate , protein and fat was designed by its creator Dr Barry Sears to encourage fat oxidation and weight loss. The diet was accompanied by sports bars advocated to improve training capacity and enhance endurance performance. At low levels of carbohydrate (3g/kg/body mass) athletes being studied reported feeling too fatigued to complete their time trials. While this fat level did lead to a drop in carbohydrate oxidation (carbohydrate sparing) the increased fat oxidation did not meet the demands of intense exercise.

Remember that irrespective of fat to carbohydrate ratio it is only possible to lose weight when the energy intake is less than energy expended.

Currently interest is being shown in research being undertaken by the AUT that is studying the effects of diets that utilize 80% of energy as fat and protein with 20% as carbohydrate. It should be noted that much of the fat in this study is reportedly contributed by coconut and foods rich in polyunsaturated fats such as nuts, seeds, fish and avocado oil so it will be interesting to see their results

The Type of fat is important

Current research is focusing on individual fatty acids and how they affect blood pressure; insulin resistance; fibrinogen; inflammatory markers (C-reactive protein and interleukin-6) as well as vascular function marker E-selectin. So we still have much to learn about the specific actions of different fats and their effects on markers of athletic performance.

Most of the work reported regarding fat relates to cardio vascular disease. Although athletes like to try different dietary regimes in order to enhance performance at the peak of their careers, care should be taken to heed health warnings about the ill effects some fats may have on the risk of developing heart disease later in life.

The main conclusions from epidemiologic, clinical and mechanistic studies are consistent in finding:

The National Heart Foundation in their ‘Food for Healthy Heart’ advice:

The NZ Ministry of Health Food and Nutrition guidelines for healthy adults recommend not only reducing total energy from fat which is above the recommended level, but also changing the type of fat is important for health as SAFs still dominates. To do this the following practical advice is given:

The National Heart Foundation of Australia in their position statement on ‘Dietary fat and overweight/obesity shows dietary fat is not an independent risk factor for the development and progression of overweight and obesity.

While we still have a lot to learn about dietary fat ultimately it will be up to the individual to find what is right for them. So if you are interested in assessing the types of fat in your diet; the energy ratios of PUFA: MUFA : SFAs or you need to reduce your cholesterol level then contact us for an appointment.