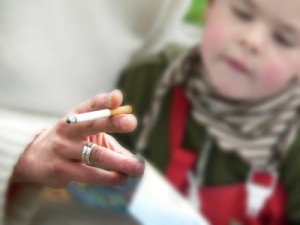 The gruesome images of rotting teeth and diseased lungs is convincing teenagers that smoking is no longer cool,particularly for girls.

Research is showing that teenagers are more motivated by seeing the superficial effects of smoking on the human body than hearing messages about their long-term health.1

Younger children are still at risk.

ASH also reported  that 2000 children under the age of 10 years try cigarettes for the first time each year.

It is estimated that 23% of children grow up in New Zealand with a mother who smokes2 and children who grow up with one parent who smokes are twice as likely to take up smoking themselves and seven times more likely to do this if both parents smoke2.

During pregnancy a smoking mother increases the risk of her baby being born prematurely and of low birth weight. This is because the carbon monoxide in tobacco smoke binds with the haemoglobin (a protein in red blood cells) reducing the oxygen carrying capacity of the blood entering the placenta3.

Premature babies are at greater risk of suffering from growth and mental retardation, cerebral palsy and even death.  Smoking also increases the possibility of complications developing during delivery such as excessive bleeding and fetal distress necessitating a caesarean delivery.

When breastfeeding nicotine and cotinine are transferred into the breast milk of a smoking mother within 6-7 hours after smoking4.

The nutritional effects of this are great and may include:

Despite these factors when smoking mothers choose to breast feed they offer their infants more protection against respiratory illness and decrease academic performance compared to bottle feeding.8

Studies of smoking mothers have found that they are more likely to wean their babies earlier than non-smokers. This can increase the risk of childhood obesity.9

Studies have found that the prevalence of colic was two times higher among infants of smoking mothers, but this was less if those infants were exclusively breastfed.10

Smoking increases the requirements for vitamin C by 50%. It also deletes iron, B group vitamins and antioxidants. The function of antioxidants is to prevent free radical damage to cells and organs. Nicotine and free radicals affect bone health in the following ways:

Nicotine increases resting metabolic rate and is an appetite suppressant.12 It is estimated that smoking may increase energy expenditure by as much as 10% over a day, which equates to around 200 calories13. When people give up smoking they often gain weight as their metabolic rate returns to normal and appetite increases. Dietitians can help people who are trying to quit without weight gain.

The smaller lungs and lighter weight of young children increases their vulnerability to the harmful effects of second-hand smoke. Breathing in smoke produced by others is known as “passive smoking”. In young children this can increase the risk of:

Around 5000 people die each year in New Zealand because of smoking and “passive smoking”. That’s around 13 people a day.

Recommendations to reduce the detrimental effects of smoking on children

If you or other family members smoke and you would like to know more about the nutritional implications of this then contact us today.