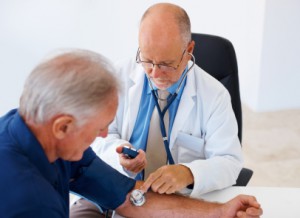 A study in Britain in 2004 supported earlier studies on infant nutrition and blood pressure that show a small reduction in systolic blood pressure in children breast-fed compared to those who were bottle-fed.

Other advantages of breastfeeding

Breast feeding can also confer benefits to maternal health in later life. Studies at Pittsburgh University 2009 have found that women who breast-fed are at a lower risk than those who have not from developing high blood pressure, diabetes and cardiovascular disease decades later when they are in menopause.

One possible explanation for this occurring is the hormone oxytocin. This is important for milk production and is known to also relax blood vessels, making them more flexible and possibly more resilient to plague development and narrow of arteries.

Should you have any questions or concerns regarding infant feeding, pregnancy or lactation requirements then do contact us today.

B Stewart-Knox, K Gardiner, M Wright. What is the problem with Breastfeeding? A qualitative analysis of infant feeding perceptions. Journal of Human Nutrition and Dietetics 2003; 16(4): 256-275.