Iron makes us happy- are you getting enough? 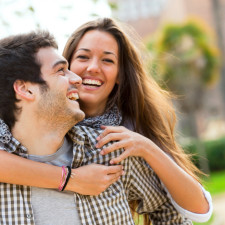 Iron is important for happiness because without it our moods change and physical performance deteriorates.

If you have been feeling a bit ‘below par’ lately you could be needing more.

Iron’s main function as part of the haemoglobin in red blood cells is to carry oxygen into the brain and muscle cells, keeping us active and alert. Iron helps us to maintain a healthy immune system and to fight infection.

As blood reaches every area of our body it is not surprising that a lack of iron affects our health and many body functions. Here are a few typical symptoms of those who are iron deficient:

These are some examples of falling iron status:

Iron deficiency is more common than you think

Groups most at risk

Some groups of our population are more at risk than others.

Iron is necessary during periods of rapid growth and so is essential for infants, children and pregnant women. Iron supplements are no longer given routinely during pregnancy because needs vary and side effects of constipation can occur. Doctors tend to check iron stores at the beginning of pregnancy and again at 28 weeks and only supplement if there is a downward trend in iron status.

Young menstruating girls, particularly if they are weight conscious, vegetarian, gluten intolerant or involved in heavy athletic activities. These factors can combine to deplete stores at a time when academic and physical achievement is crucial.

Especially those who live alone, suffer from ill-fitting dentures or a dry mouth which can make it difficult to chew and swallow iron rich foods such as meat.

How much iron do we need?

As you will notice in the following table the daily requirements for iron are high during periods of rapid growth and also for women during their menstruating years.

The recommended intakes of iron according to age group

Iron in food is found in two forms, haem and non-haem iron. Haem iron is derived from the haemoglobin and myoglobin found in animal tissue. While  non-haem iron is mainly found in plant foods such as fruits, vegetables, legumes and cereals.

As the interest in sustainable land use grows, people are looking at ways to reduce their meat intake.Many people also cut back on meat in the belief that it increases body weight, cholesterol and saturated fat intake.

While portion control is always essential to these types of issues, as you will see from the information below, trying to maintain a diet without meat can be quite a challenge so talk to us if you need some practical help.

Haem iron is well absorbed at around 25-30% for red meat (9-11% for fish and poultry) compared to non-haem iron around 3-5%. So although most of the iron we eat is from non-haem iron rich foods we actually obtain around 80% of our iron from haem iron because it has a higher absorption rate.

Interestingly if a person is low in iron stores they will absorb more iron from all food sources.

Iron absorption can either be enhanced or inhibited depending on the presence of other foods in the diet.

It’s hard to be happy if you are always tired.

If you are unsure about your iron status then talk to your doctor who may arrange a blood test of your iron stores. You can also contact us for a full nutritional assessment of your iron intake and needs.

For more specific information on iron and references read some of Lea’s following articles:

Healthy meals for one

Eat your way to healthier nails and hair