Sports supplements should be taken with care 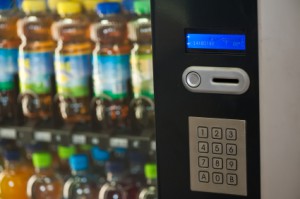 As athletes seek to gain a winning edge in performance the pressure to reach beyond their own physical capabilities, by using dietary supplements, can be immense.

While some supplements are well recognised as being useful to performance others can lead to positive drug testing and disqualification as well as endanger long-term health.

There is growing concern that cheap dietary supplements are now readily obtainable by athletes and coaches over the internet. This raises the risk of unintentional doping, through the consumption of contaminated substances.

So what supplements are available and how safe are they? What group of athletes use them and why? Also how big is the problem of doping and what can parents, coaches and team managers do to safeguard the health and integrity of young athletes and protect the interests of fair play and clean sport?

The Australian Institute of Sport (AIS) has developed a classification system (ABCD) to enable athletes to have greater clarity regarding the safety of dietary supplementation. This system ranks sports foods and supplement ingredients into four groups based on scientific evidence and practicality that determines whether a product is safe, legal and effective in improving sports performance 1

In 2014 this program was extended to include a third party auditing and batch testing system which focuses on sports foods and individual ingredients rather than supplement products and brands.1 This aims to protect athletes from products being marketed to them through promotion and distribution networks that ignore the need for a scientific evidence base and also from the use of multi-ingredient products that may contain an undefined proprietary blend or recipe of individual ingredients, the dose of which may be undefined.

Group C
This group has little meaningful proof of beneficial effect and covers supplements not listed in the A, B and D categories. Such products are only permitted for individual athletes under the supervision of a sports supplement panel.

Group D
These are banned or at high risk of contamination with substances that could lead to a positive drug test and should not be used by athletes:
Stimulants–World Anti-Doping Agency (WADA) list e.g. Ephedrine, Strychnine, Sibutramine, Methylhexanamine (DMAA) other herbal stimulants
Prohormones and hormone boosters (WADA list) e.g. DHA, Androstenedione, 19-norandrostenione/ol other prohormones, Tribulus terrestris and other testosterone boosters, Maca root powder.
Growth hormone releasers and ‘peptides’ -(WADA list) These are sometimes sold as supplements but are unapproved pharmaceutical products
Others– (WADA list) e.g. Glycerol used for re/hyperhydration strategies banned as a plasma expander; Colostrum- not recommended by WADA due to inclusion of growth factors in its composition.
Note-More details and handouts on individual products are available 1

The risks associated with supplementation

All sports supplements carry some risks and they should never be taken as a substitute for good nutrition.2

These are a convenient way for athletes to increase their energy intake. However, because they are a major source of refined sugar, they should not be used routinely as snacks, but rather as part of an overall sports nutrition plan that is tailored to match the age, gender, growth and development of the athlete.
Quantities taken should also reflect the duration and intensity of exercise and reflect the changing energy and nutrient needs of the athlete during training and competition.
Athletes using these products should also be aware that they can be highly corrosive on teeth so their use should be accompanied by water and a greater attention to dental hygiene on a daily basis.

Are not sources of energy in themselves but rather they take part in complex chemical reactions in the body. Some can be toxic if taken in excess. Athletes should only take these under medical supervision to correct proven nutrient deficiencies.

These should not be used by adolescent athletes as they run the risk of developing potentially career ending injuries that can be caused by ruptures of the tendonous insertion of over developed muscles into an immature skeleton.2

These not only carry the risk of failed drug testing but they endanger long-term health.
E.g. Anabolic steroids can cause acne, liver abnormalities and tumors, they increase the risk of tendon rupture, increase blood pressure and cholesterol and inhibited growth and development. In men they can cause shrinkage of testes, breast prominence, infertility and impotence. In women they cause a deeper voice, increased body hair growth, enlarged clitoris, baldness and endanger fertility.
Growth hormone treatments cause joint pain, carpel tunnel syndrome, diabetes, hypertension, elevated blood cholesterol and cardiomyopathy.
Erthropoietin can cause stroke, heart attack and pulmonary oedema

Some sports are more susceptible to doping

Supplement use begins at school

Who influences athletes the most?

If drug education is to be effective who will athletes listen to for advice?Interestingly in the 2014 New Zealand study respondents identified:

This raises the important issue of the pressure that “group culture” can have over the decisions made by individuals.

There are a number of factors that influence the formation of attitudes that players and athletes may have towards drugs in sport. Many of these attitudes are shaped by the sport’s culture and here are some examples regarding how these may develop:

Regulations controlling supplements in foods varies between countries and there are a large number of sports supplements and foods available world-wide that are not controlled and are marketed on the basis of unsubstantiated and exaggerated claims regarding their efficacy. Industrial hygiene standards and labelling of these products can vary widely. Hence there is concern regarding the purchasing of all types of dietary supplements by athletes over the internet.2

As just one example a study in Ireland found in an examination of supplements bought from a variety of sources that up to 14.8% were contaminated with undeclared substances which were on the WADA prohibited drug list.2

What can parents do to keep athletes safe?

If you would like to know more about how sports nutrition can enhance you or your child’s sporting performance then contact us today.